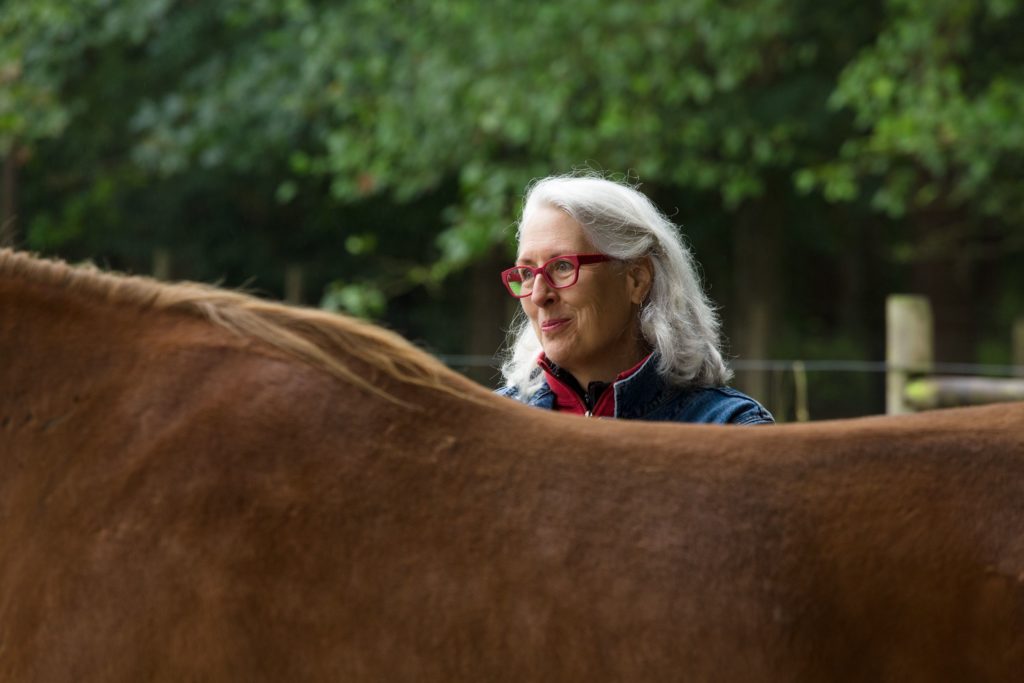 I hadn’t seen the mare in six months. She began to release as soon as I arrived.

Usually when a horse does that I chalk it up to my presence being new input in their nervous system—so they bump into a bit of stress response—and once they’ve checked me out, they return to the relaxation of rest and digest with some releases like licking and chewing.

Today I wasn’t sure. Roxy is one of the mare’s I work with who wholeheartedly subscribes to ‘less is more’ when it comes to bodywork. Horses like Roxy have taught me that R-E-S-P-E-C-T is the only way to do bodywork with her. Horses can easily step away if they don’t want to be touched, so I’ve learned to listen.

If Roxy’s body and my hands were having a verbal conversation, it might go something like this:

Roxy – NO! (in response to a light, quiet touch from me)

Me – Okay (tries again slowly and softly with patience)

For Roxy, following her lead makes all the difference to her sense of trust and safety, to her willingness to let down her guard and go deeply inside to process some old thing we aren’t privy to knowing.

What was lovely to witness today was some releases we had not seen before. She did an interesting stretch pushing her left rear leg forward and then back. She had many small head nodding movements, and many bigger ones and more often. And she closed her eyes for a couple of minutes while she stretched her head down. She had a number of other interesting stretches, as if she was rediscovering something inside her body.

She had lots of her usual releases today, too: blinking eyes, fluttery blinking eyes, quivering lower lip, soft lateral ears, along with licking and chewing.

After about 90 minutes of this, as Chelsea and I stood quietly by, she stretched out her neck and blew, followed by a big head to tail shake. She touched her nose to my hands and Chelsea’s heart as if saying thank you, and she began exploring her environment.

I am so grateful to work with this horse and her lovely person. It is both an honor, and humbling to witness Roxy going to this deep place of unwinding.

Just as Aretha Franklin sang it, “R-E-S-P-E-C-T find out what it means to me . . .” I believe horses, especially mares, really appreciate it. I know I do!