The gift of a challenge

The gift of a challenge 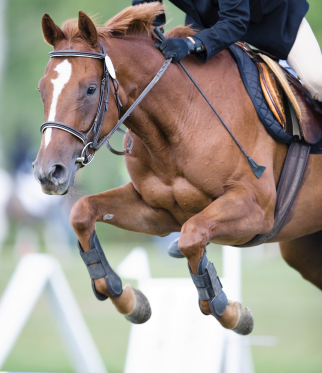 His head was high, with ears pricked forward. The big, rangy Thoroughbred was tracking something ‘out there’ beyond the barn. Again.

This was my third session with the chestnut gelding, and as much as he seemed to enjoy the bodywork and like me, it often took some time for him to relax enough to truly engage in the bodywork. Timber is known around the barn as being a sensitive guy who gets worried or spooked by things, and can be hard to settle. And of course, horses are different from day to day.

In our first session, I’d worked gently all over his body. He loved the work, and we made a lovely connection. He had lots of beautiful releases (yawning, licking and chewing, sighs, gut sounds, soft eye all meant he was in his parasympathetic nervous system, not fight-or-flight.) His rider reported afterwards that Timber had jumped higher than ever before, and been more relaxed when they went out on the trails.

In our third session, I got him settled and engaged as I did my initial check in all over his body. He had lots of good stretches and releases in his neck and shoulders, and was consistently affectionate towards me. Then I moved towards the back of his barrel and to work on his hindquarters, and he said, “No.” He fidgeted and moved around, effectively keeping me from working on him. I chalked it up to him being sore from his lesson. When I returned for his next session, I had a similar experience. He had some beautiful releases, but was hard to settle, and protective of his hind end. It seemed that a pattern had begun. I talked with his rider, and both my bodywork teachers, one of whom owns the barn where Timber boards. They all had good suggestions for how to keep him settled as I worked.

In my next session with Timber, I did a combination of things to help him to relax and accept this work that he had already shown he enjoyed. I held my ground as the ‘leader,’ and worked more deeply anywhere I had my hands. I used more energy and less pressure. He still resisted in several areas, but by going lighter, taking pauses to listen to him, and being gently persistent, he relaxed and had many beautiful releases (yawning, stretching, quivering lips, sighing, gut sounds) all over his body.

Timber insisted that I learn how to meet him where he was each day and each moment, and how to do my work inside of his ability to accept the energy and strokes I was offering. By accepting him exactly where he was, and observing how he cycled between relaxation and release to hyper vigilance, he spent most of the last session really settled, and I was able to work deeply in many places he’d been protecting.

Willow is an Appaloosa-Quarter Horse mare who belongs to a friend. She loves bodywork, but she also has her rules. One day when I arrived for our session, she was out in her field with her companion goat, Panda. After saying a friendly hello to me, Willow would not let me come close enough to halter her. It was so classic, I found it amusing. After a few minutes, Willow took herself into the barn, and once she was in her stall, I had no trouble with putting her halter on.

Then I put her in the crossties to begin work. She would not stand still, and kept swinging her hips back and forth and throwing her head. I tried a few strokes here, a few there, but she kept moving, and prevented me from working on her.

Then I realized that she was looking away from her herd: Panda the goat, plus the chickens, ducks, and turkeys. So I turned her around. I told her out loud that I understood that she and Panda and the birds had gotten scared last night by a predator in the barn (racoon), and that they were still feeling upset. When I put my hands gently over her forehead and poll, her head went lower and lower. She relaxed and stayed relaxed, enjoying the entire session.

Sometimes we learn the most from challenges.

With Timber, I had to demonstrate clear leadership with him while also being gentle and respectful of his body. When I told him to stop fussing, and meant it, he stopped. I remembered that they are developmentally like little kids. By providing enough structure to contain him and feel safe, then he could settle and stop his behavior.

With Willow, she was able to settle and enjoy the work once I made her comfortable by acknowledging her emotional concerns. Different solutions within the same theme of helping the horse to feel safe and well held.

I love my work, and learn so much from every horse I am lucky enough to touch! Thank you Timber and Willow. May you live happily and comfortably for many years to come.