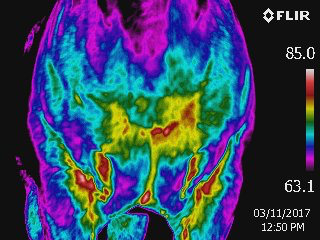 Thermography measures the amount of heat being emitted from a subject which could be a building, or it could be a body. It is a preferred alternative to mammograms in many places. In horses, thermal imaging is helpful in showing where tissues are putting out more heat relative to others. It can help determine areas of pain or discomfort relating to saddle fit or the work a horse is doing.

A few months ago, I went to a day of imaging appointments conducted by Sarah Hughes of Integrated Equine Services. While there, I struck up a conversation with a woman and her horse named Dixie. I offered to do half an hour of bodywork with Dixie to see if after images would show improvement in the areas with heat. She agreed, and Dixie definitely agreed. After an hour of bodywork, Sarah took follow up images of the two areas that had shown heat in the first images.

The fun is comparing side by side. Red means hotter. The before bodywork images are on the left, below, and the after bodywork images are to the right. The results speak for themselves: bodywork makes a discernible difference. I know that, but as they say, “A picture is worth a thousand words.” 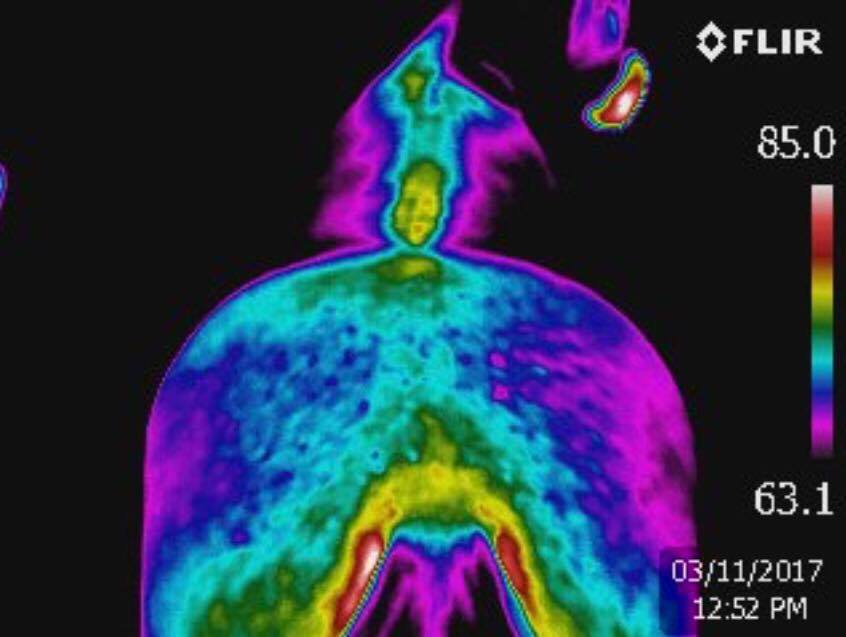 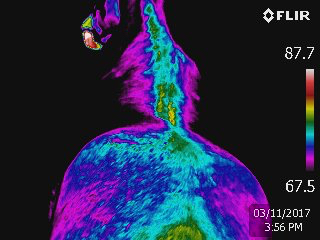 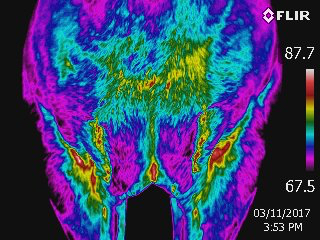