What is natural for a horse?

What is natural for a horse? 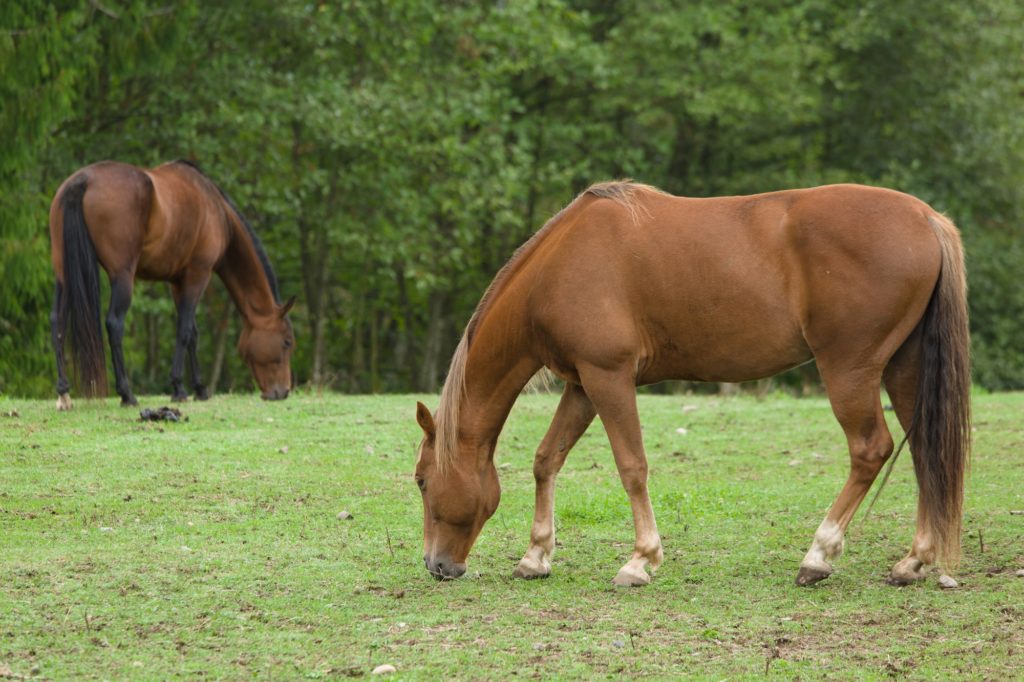 When you think about horses and humans, it’s so unlikely that they would let us ride them, sitting on their backs like the predators they fear. And yet they do. They tolerate even more unlikely things that seemingly go against their natures, like living solo in stalls or small paddocks when they evolved over millennia to live in herds, spending their days together in constant motion grazing and moving from place to place. It is hard for me now to feel completely happy about horses living in stalls with limited turnout, but at one time it was the most familiar to me. Since my introduction to horses 20+ years ago, the horse world has incorporated more ways of horse keeping that work with horse nature and how they evolved to live.

Or perhaps, never forgot. Charlotte Dujardin, the Gold Medal winner in dressage from the 2012 and 2016 Olympics has been known to ask riders in a clinic she was teaching if they’d taken their horse out for a hack recently. Her Olympic mount, Valegro, was retired before he was broken from working. It helped that he had won everything he could win, twice over. Still, I respect the decision.

And, I will never forget the first time I saw my horse turned out with another horse. They were stabled next to each other and had become friends. My 18-year old Blue was running around after a 17-hand 3-year old. In other words, he couldn’t keep up. But the look on his face and his whole being radiated pure joy. They were great buddies and were turned out together in the same paddock for two or three years. Horse nature wants a herd.

Excellent horsewomen and horsemen have always known the value of turnout, varied work, being well-rounded, working with the horse’s natural tendencies, putting the horse first. But having that experience is not accessible to everyone, and today, when horses in North America are used almost entirely for sport, therapy, or law enforcement (not transportation and horse power as they were historically,) most people don’t have horses in their daily life. That has done nothing to dim the magnetic attraction of horses, and we have lots of new horse owners on a steep learning curve around the care and riding of their horse. I was one of those people in 1994: a new rider and horse owner. I learned as much as I could from those around me who seemed to make sense. 20+ years later, we have many more resources (google, for one) as well as people who have sought alternatives to keeping their horses in stalls most of the day, feeding them grain, wearing metal shoes.

In that spirit, I share this article about 10 ways to begin keeping your horse more naturally. Read it here. The author shares lots of practical suggestions for how we might do this, the best may be the idea of just starting with one small, simple thing at a time. That is how she began, and over time, more and more things changed.

While my beloved Blue has passed away, his buddy belongs to a friend, and is now the age Blue was when they were pals. It is sweet indeed to visit my big red friend and know that he remembers me, too, and to see how he has thrived with great care including lots of turn out with his herd friends.

Have you incorporated any of these approaches into your horse keeping? What made the most difference to your horse? Please share in the comments!